The big day is upon us. Very upon us. It’s the eve before Christmas. Everything is wrapped, the stockings are hung, the cheese is purchased. We will wake up, our stockings adorned with goodies. The main man has been. The turkey will be cooked, the treats consumed. Crackers will bang the celebration of giving. By 4pm the oldies (over 12’s) will be taking a nap.

All that preparation, shopping, wrapping, will have its climax. Our love and appreciation shown.

The Bake Off will be on!

You’ll know from my previous posts that Christmas Day isn’t my favourite day of the festivities, it’s the run up to it for me, the prep, the wait, the suspense.

The day itself. It’s over so fast, a blink of an eye. Make the most of it, eat lots, talk lots, chill, don’t stress.

Appreciate what you have, think of those who don’t.

Have a jolly good time! 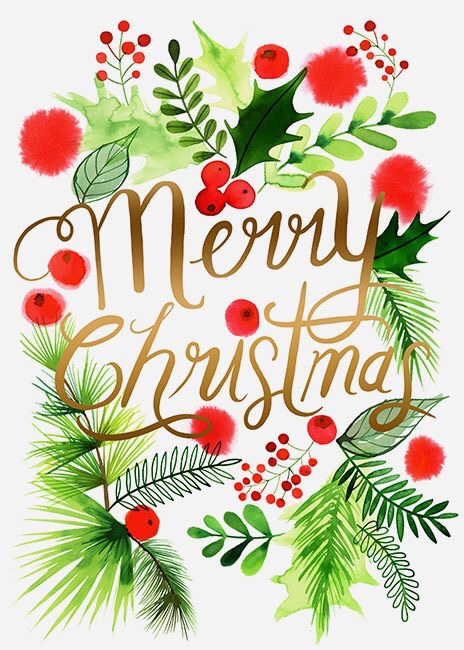 I would like to take this opportunity to wish you all a very Merry Christmas, wherever you are and whatever you are doing.

I will leave you with my final selection of teas from my Advent. I’ll see you on the other side!

I’m not always a fan of minty things, sometimes I find them to be a bit strong, like you’ve just eaten after brushing your teeth! I’ve only had a mint tea once before, a while back, I think it was brewed a bit too long which put me off.

This decaffeinated Rooibos tea was suggested to be brewed for 3-7 minutes, quite a wide gap, mine was brewed for around 4 minutes. The colour was rich and dark.

Looked like tea but with torn leaves in. Mint leaves. I sniffed inside the sachet and it smelt just like after eights. As I said I’m not a huge plain mint tea fan, but this got me quite curious. I’m partial to an after eight during the festive season. Funny I don’t eat them any other time of year!

No milk was to be added, obviously. Minty milk does not sound appetising.

Tasted pepperminty. Did actually taste quite like an after eight. It was so enjoyable I had both cups in the same day. 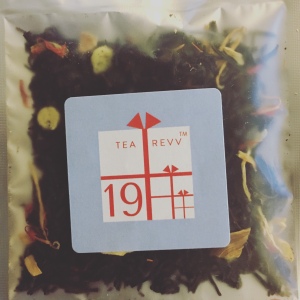 Intriguing title. Who is Terry? How does he like his brew? I read the ingredients then I understand the reference. It’s a black tea with orange and white chocolate pieces. I don’t know if the chocolate pieces are orange or if there’s also orange. Anyway it’s obviously inspired by the famous Terry and his Chocolate Orange.

A bit controversial I know, but I’m not an orange chocolate lover. I’ll eat it, I mean there isn’t much chocolate I won’t eat. But it’s not the first I’d pick from a selection.

I didn’t add milk to first cup, but did to the second. I’m undecided on which way I preferred it.

When brewed it smelt quite floral with a hint of orange. Tasted of chocolate orange though. Not a strong flavour, which is probably best for me. Quite delicate and rather tasty. 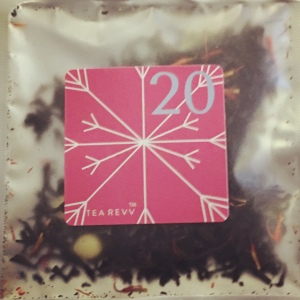 A black tea, there were dark leaves with pieces of white chocolate and dried cranberry.

Opened the sachet and smelt like a Black Forest gateau. Took me back to my childhood. Haven’t had one of those for years!

Didn’t smell quite as appetising when brewed. It seemed to loose the fruity fragrance.

This was another floral tasting tea. I’m not sure what I think when they taste too floral. I couldn’t taste chocolate as such but it did have a smooth velvety texture. It was slightly bitter, possibly due to the cranberries. 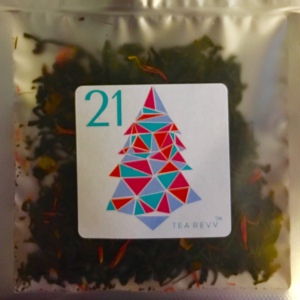 Love, love, mulled wine. Almost as much as I love mulled cider, but that’s a different thing. A warm wintry festive feeling.

A black tea with spices this sachet had little red leaves sprinkled inside.

I didn’t add any milk, it was suggested that you could but I thought that kind of weird!

This one was brewed for the maximum 4 minutes to give the spices a chance to come out.

Fruity and spicy flavours could be strongly tasted. Good but a little bit bitter. Needed the sweetness wine or cider brings to those spices.

I decided to try adding half a teaspoon of honey to the second cup, it just took the edge off that bitterness. Tasty indeed.

I felt a bit croaky that day and this was really soothing for the throat. 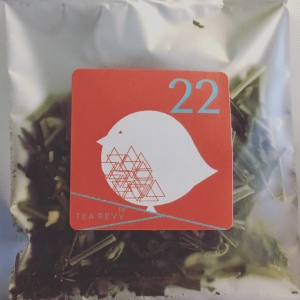 I’m very apprehensive about this one. Forgive me Tea Revv but this does not sound tasty.

The sachet was filled with what looked like chunky plant cuttings. They were in fact herbs. As the title didn’t give much away I went straight to the ingredients. It’s a green tea with Lemongrass, tangerine, rosemary and sage. Herby. Yum?

No milk is suggested and to be honest I’m nervous enough without the added pressure as to whether to add milk.

Smelt like bread, you know the bread with bits of rosemary poked in that you bake in the oven to have with a tasty spag bol? Focaccia or something. That’s how it smelt.

I drank it. I’m still shocked I did. I’m not quite sure what to make of it. You know when you keep eating/drinking something because you’re intrigued. And then you realise it’s gone. That’s what happened. It was savoury, not sweet like most beverages. 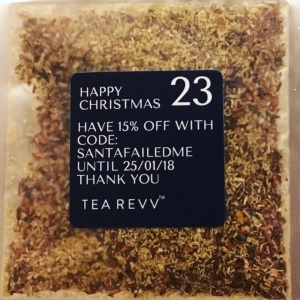 Decaffeinated rooibos today with added chamomile. I’ve tried chamomile before but never enjoyed it. I’d like to, as it apparently has relaxation benefits. I could do with those.

Very fine pieces fill the sachet, it was almost a powder. Smelt a bit like tobacco. And alcohol. Like a local pub. This is weird.

Here goes, I don’t add milk, I don’t really know what to do! It turns orangey brown in colour.

As I go to sip the smell really hits me. Eye watering. Oh it stinks. I don’t know how to describe it. Not mouth watering!

Unsure if I want to taste it. The smell had really put me off. The sense of smell is really important when it comes to eating/drinking, it’s often a smell that makes something appetising.

I had a few sips, tasted a little better than it smelt. But I couldn’t do it. I couldn’t drink it. With every sip the fragrance wafted up. 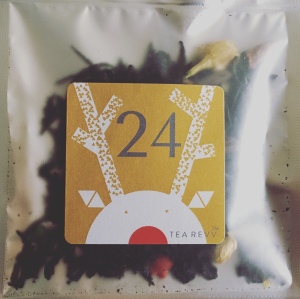 This is the final sachet in my box, I’m a little sad it’s all over. I hope it’s a good one!

This loose leaf tea can be made with or without milk. I started off without. It turned a nice golden colour when brewed.

A warming fragrance drifted up in the steam. Spicy. Mulled.

It’s only taken me the whole of advent (and my life) but I think I’ve realised I actually like cloves. In tea anyway. This tea tasted quite strong of cloves, to the point where the tip of your tongue goes a little tingly and numb. Only for a second though don’t worry. Do you know what I mean?

I really enjoyed this tea, along with the Choc Mint which was a pleasant surprise.

The Tea Revv 24 has been a fantastic countdown to Christmas, some flavours have really got me in the festive spirit. I haven’t had a tea advent calendar before but would definitely have one again and recommend it to any tea lover. I would be interested to try some different brands in the future.

This was a great way to discover new teas without having to purchase a large quantity. There weren’t many teas that didn’t suit my taste. I’ve been introduced to some great flavours; Snowballs, Go Nuts, Ice Cream Earl Grey, Apple Pie Spice, Notorious Eggnog and Pumpkin Pie Chai, that ill be drinking again! 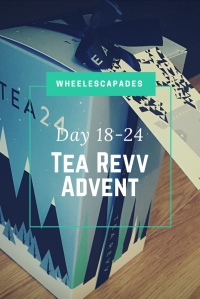 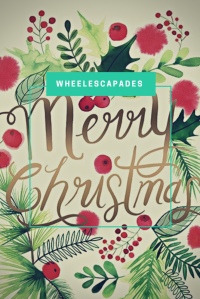