So, Christmas happened. It’s done, I’ve eaten way too much, there’s still enough cheese in my fridge to keep me going till next Christmas. Same goes for turkey, anyone know any good recipes?

I am eating apple crumble while writing to you though, that’s fruit right? Apple is definitely fruit. 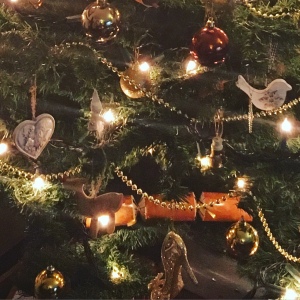 I was spoilt, receiving an overwhelming amount of fabulous gifts. People know me so well, I mostly received tea, chocolate and an overload of craft supplies. I may not be leaving the house in the near future. That suits me fine! The blog may dull down a bit though!

Christmas isn’t quite the same when you’re a ‘grown up’ if that’s what I am. Christmas Eve is a good part, the looming suspense. It mostly goes downhill from there. Although I do have turkey sandwiches to look forward to. I’m not being sarcastic either. I’m really not. Turkey, stuffing, cranberry sauce, all squished between two pieces of seeded bread. Yum! 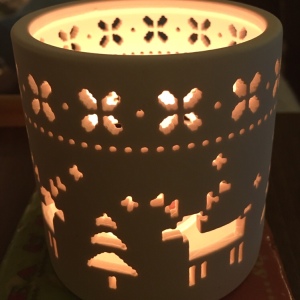 We have to remember though we are lucky.

I saw two heart warming things on the television over Christmas (well three if I can include Home Alone, love that film!).

One was on Christmas Eve when I watched Mary, Mel and Sue’s Big Christmas Thank You. It was a show where these 3 lovely lady’s (make a couple of digs at GBBO and Mr Hollywood) surprise a community centre in Wales by throwing a massive Christmas party, turkey trimmings and all made by Mary Berry. What struck me with this entertainment/documentary show was the people involved. It was set in a deprived area, with high unemployment, no jobs, no local facilities, yet they seem to have ‘more’ than a lot of us. They have community, they have spirit, they have support, they have friends, they have gusto. When you all have nothing, you kind of have more.

The second thing I saw was on the Christmas Day news. Yes I’m at that age where I sometimes watch the news, but I haven’t quite reached the age where I watch The Queen’s speech, only the edits on the news anyway! I digress. What I saw was a report from Euston station in London. Staff members at Network Rail decided to make use of a station that would usually be sitting empty on Christmas Day and fill it with people that without this event, would go without. There would be no turkey and stuffing, no crispy roast potatoes. Maybe no gifts. Just stop for a second and imagine that…..

Sometimes less is more, and sometimes people are better than stuff. Sometimes. 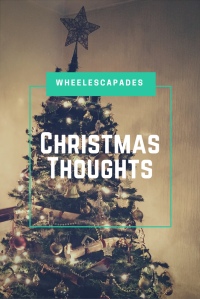