People tell me good access should be a given, that places/businesses/people shouldn’t be praised for letting me in their building, a ramp shouldn’t mean a gold star.

I agree. Access should just be a thing that happens. Not a topic of discussion, a cause for complaint or reward. Everyone should be able to experience everything. Equally. Unfortunately we haven’t reached that place yet.

Im not a disabled ableist. I’m not making excuses for anyone.

That’s why I’m writing really isn’t it. How this whole blogging thing started for me. If a life with wheels was smooth rolling then I’d have nothing to moan about.

A world where I had access to everything is a world I dream of, but if the world was that extraordinary then it wouldn’t seem extraordinary, and again I’d have nothing to write about. Not that I don’t want that.

I’m mumbling, again, but bare with me.

For the whole first year of my blogging I wasn’t making my website as accessible as possible to as many people as possible. There I was ranting about steps and shingle, when little did I consider, not everyone was enjoying my rants to their full potential.

One of my closest friends has a visual impairment, (I know, not all my friends have wheels, we are quite eclectic) but I take it for granted that she can just see everything, probably because she just gets on with life. As do most of us really. I can’t reach all tables or counters, but because I don’t sit there pointing it out (I moan to you instead) the establishment probably don’t realise.

It’s the little things with access that add to an experience, make my disability the background for a while.

Like photos on my blog. I love a good photo, I feel it breaks up my ramblings. Also, sometimes, it describes a situation better than I can. Until it was pointed out to me that there is a way visually impaired people can enjoy and understand my images, I didn’t know how I could improve their experience. Now, by editing my image correctly and adding ‘alt text’ descriptions into the post settings, people using screen readers can have an understanding of what an image is and why it’s there.

What I’m trying to say is, we don’t all know everything. Until we have lived an experience or had something explained, we may just be unaware.

Not everything is as obvious as steps.

And not all disabilities involve wheels.

A couple of months back I went to Norwich Theatre Royal with a friend, the visually impaired one, to see The Lovely Bones.

I know, I was just as apprehensive as you hoping that the play lived up to the outstanding novel. It did. There was a mirrored wall and a man cast as a dog and a dolls house and everything. I’m not here to tell you about the show. Go see it. 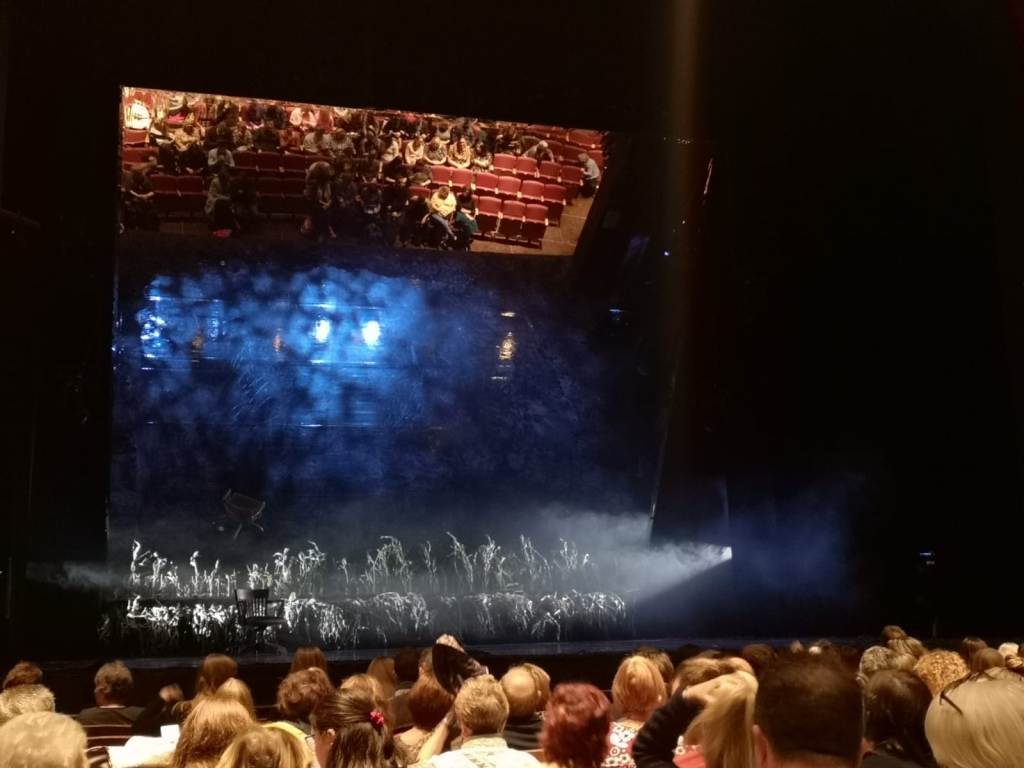 I want to tell you about the day I thought we actually live in an inclusive world.

The day I attended The Lovely Bones at Norwich Theatre Royal, sitting in my wheelchair, mid row seats, friends each side of me, one of which had an audio description headset. Oh and there was a sign language interpreter on stage too. Could you get more inclusive?!

My friend, we shall call her Lucy because that is her name, had booked tickets in the usual way. Informing them I needed wheelchair access and she has vision difficulties, meaning we both get complimentary companion tickets to assist us.

A few days before the show date Lucy received a letter through the post thanking her for booking audio description, inviting her to a theatre touch tour and offering to look after her guide dog (she doesn’t have one, I wish she did!), it also included a CD introduction to the performance.

‘I was surprised when I received a letter in the post about my ticket to The Lovely Bones, I was very impressed at the theatre for thinking of people with sight difficulties.

I was offered a touch tour however I didn’t take it, although I am registered blind I can see small amounts. I was very impressed this was offered aswell as help with guide dogs. I did like the CD of the first tracks.

When we arrived at the theatre we got to our seats and within a couple of minutes someone came up and offered me a headset for the show. I had a choice of two headphones, I chose the one best for me. I really wasn’t sure what to expect and wasn’t sure I’d like the audio description. I was showed how to use the headset (all very easy). 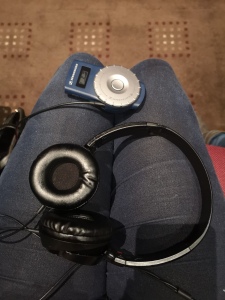 Once the show started I was very impressed, not only could I hear what was going on onstage, I was also being described small details that I couldn’t see, such as the clothes the characters were wearing. Although I didn’t need to use the headset throughout the whole show I did use it when things were happening in the background that I couldn’t see. Such as characters dancing in the background. It was very helpful and not distracting like I thought it might be.

It was so helpful and I’m so happy to see the theatre trying to help all different disabilities and I really hope more places try to do the same. By the way the show was absolutely amazing, one of the best I’ve ever seen. I would highly recommend the show and I would also highly recommend using the the additional help if available for anyone who has sight issues.’

It’s been quite the season of theatre going, a few days after the brilliant performance of The Lovely Bones at Norwich Theatre Royal, I headed to Suffolk’s Ipswich Regent Theatre for a totally different kind of show. Rock and roll comedy genius Tim Minchin.

These tickets I’d had booked for almost a year.

I’ve been to Ipswich Regent a few times, it is one of a few venues, maybe the only one I’ve attended, that give the option to buy wheelchair access tickets for the front row. There are other seating positions available for wheelchair users, but I get to be an afterthought at the back of too many gigs and festivals, and I’ve admired this nerdy pianist a long time. I wanted to see him up close. 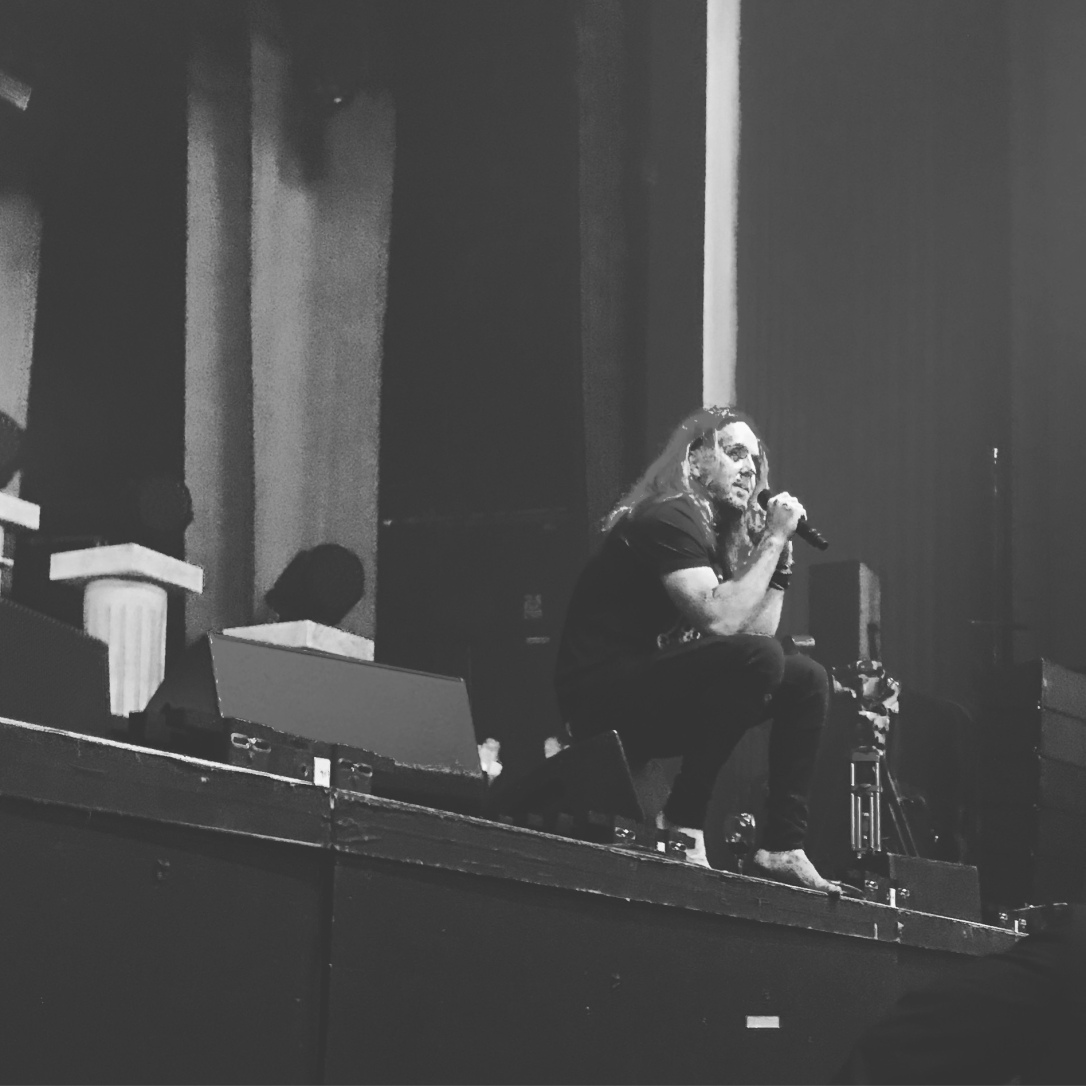 When we arrived we were separated into pairs anyway, there weren’t four seats available together with wheelchair access for me (the others have working legs), this we knew when booking tickets. This has also become my norm.

Shown to my space on the front row, my companion was directed to her seat directly behind me. Where I could not see or speak to her. I had no means, other than by text, to get her attention mid show if I needed anything. Or if I just wanted to be sociable.

Beside me was a fellow wheelchair user, with his non-wheeling wife behind.

Yes it’s accessible, I had a great view of Tim flicking his hair and pummelling those keys, but is this inclusive? The same experience for all? When at a gig, a show, the cinema, anywhere really, I want to interact with the people I’ve chosen to attend with. Share a chuckle or gasp. I’m sure the man beside me would have much rather been seated with his wife, than be lumbered with me.

I went for my annual Christmas Balls a couple of weeks back at Grosvenor.

They’d opened up a little annex on the side a while back, I’d noticed it before but had also noted it had quite a chunky step that my wheels wouldn’t manage. Having gotten used to making my order and dining in the Birdcage pub opposite, as a lot of people do anyway, it had become routine. Until this visit when the Birdcage pub wasn’t open. My haircut was booked a little earlier than usual, and as is the ritual, I visit Grosvenor after a hair cut. It’s tradition.

We could wait around in hope that we’d have access to the Birdcage soon. I thought though, maybe I should mention that a ramp might be an idea, or maybe Grosvenor have considered wheelchair access and I just haven’t asked lately. Well, they had.

The best chippy in town just got even better. Little did I know, until now, they had a ramp that would enable me to dine in the little annex restaurant! (Maybe a sign informing about the ramp Grosvenor?).

The annex is fairly small but there was ample space for me to get to a table after a slight reshuffle of chairs.

It was nice to dine in here for a change, you don’t always fancy the pub setting. Mainly it was just good to have options, the same ones as others. People take for granted the options life brings.

If you don’t feel your needs are met, ask. If you’re doing your bit to be inclusive, brag. If you appreciate a service, praise. 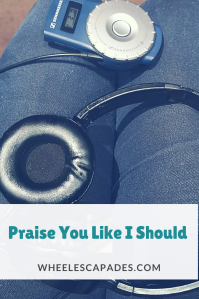