You probably already know, I love cheese. Grated, melted, deep fried, mature, soft, blue, coated, spread, sliced, on a burger, with pasta, on toast. I love all the cheese.

I don’t know how I’ve been blogging for almost three years yet I still haven’t spoken about the magical cheese on toast served at one of my favourite cafes in Norwich.

Situated between modern architecture and high street stores is Norwich’s Royal Arcade. Beautiful Art Nouveau design makes this a stunning contrast to the larger structures and grey paving that surrounds it. 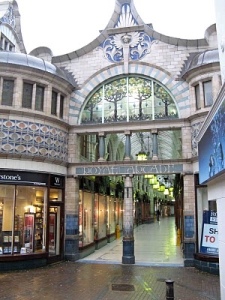 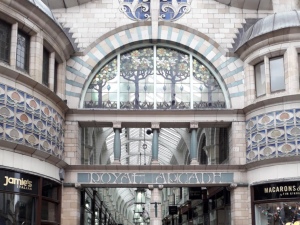 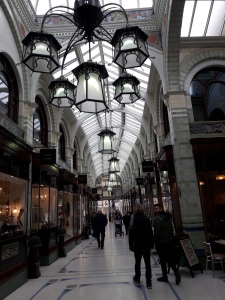 The Royal Arcade is a small roofed shopping arcade filled with independent shops, cafés and the much loved local toy shop, opened in the 1800’s, Langleys.

Although the shops can be quite small in the Royal Arcade, as this was built centuries ago, they do all have step free access to ground level. It’s an ideal area to dash inside if sudden rain falls, and have a little peruse.

Short historical context covered, let’s get to the cheese.

Marmalades is an independent café, that opened in the Royal Arcade during late 1990’s.

The best cheese on toast I’ve even had. No question.

I’ve tried, well I haven’t because I can’t grate cheese or open a loaf of bread, or put the two together, but I’ve instructed people to try, and replicate this piece of genius. But I can’t. I watched how the Marmalades lady made it, step by step, yes I probably looked weird. They have a special grill though, maybe that’s the secret. Whatever it is, it works, because if I want cheese on toast this is where I head.

On one lunch date with friends I thought I’d have a change, try something different, don’t be predictable, order a sausage roll! It was ok, tasty even. But there’s not much I’ve regretted more. This is a place where I have to order that same food every time. No ‘having a change’ here. I’m predictable and I don’t care.

There’s the option of white or brown bread, I always go for brown, not because of health reasons, I actually like it more. Another thing to add to my oddness.

The cheese is strong, obviously grated, and piled high. The toast is toasty. Don’t you hate it when you get bread-toast, the floppy warm kind? I do, I like a bite. As you bite into this piece of magic the cheese has a slightly crisp top, where it’s turned all golden. Then you bite down into gooeyness. A light fluffy stringy cheesy heaven. Be careful though, the heat can be deadly. Why is it molten cheese feels like the hottest substance on earth? Probably hotter than the centre of the earth.

Unfortunately I’m one of the slowest eaters in town, my friends have finished before I’ve even got through half a slice. It’s ok though, this cheese on toast doesn’t go chewy when cold unlike most. I don’t know what they do, but it’s good even then.

Another great thing is they have decaf tea and coffee, both tasty. It’s surprising how many places offer decaffeinated coffee but not tea. There’s not much better than tea and toast!

Although step free, Marmalades is a little snug inside. It’s a popular place and once tables start to fill there isn’t much space for me to wheel around. I always try to arrive for an early lunch, a bit before the rush, and nab a table by the door. This means that when I do come to leave I don’t have to disturb many people. There’s nothing worse than interrupting somebody mid stringy-cheese bite.

Tables are fairly close together but great for wheeling under as all have central legs and majority are round. A circular table is generally an accessible table, the curve making it easy to wheel under, and more sociable. I find the tables slightly on the low side, but fortunately my wheelchair has a raise function which enables me to lower the seat slightly if need be. There is also seating outside Marmalades yet still within the shelter of the Royal Arcade. However this can get chilly as a wind tunnel is created.

One downside is the toilet, this is most definitely not accessible. It is just about accessible for your average walker. Belonging to the café, it is outside and kind of round the back, down a narrow alleyway. Royal Arcade is just a short distance from the Castle Mall shopping centre, with a cut through just beside Marmalades café, there are ample accessible toilets here, which I tend to stop at before filling up on tea.

Anyway, all this talk of cheese has got me wanting a late night feast. Is it only my Nan that gave warnings of eating cheese before bed?

Before I go I’ve got some exciting news…

Wheelescapades has been nominated for Best Lifestyle Blog at this years Annual Bloggers Bash awards. I’m so grateful to whoever nominated me, honoured to be in a line up with some epic lifestyles. I’ve never thought of myself as a Lifestyle Blogger, I don’t really know what I thought I was. A rambler, I’d win that one!

Voting for a winner isn’t open yet, but I’ll be sure to let you know when it is. In the meantime you can still make nominations for the awards. 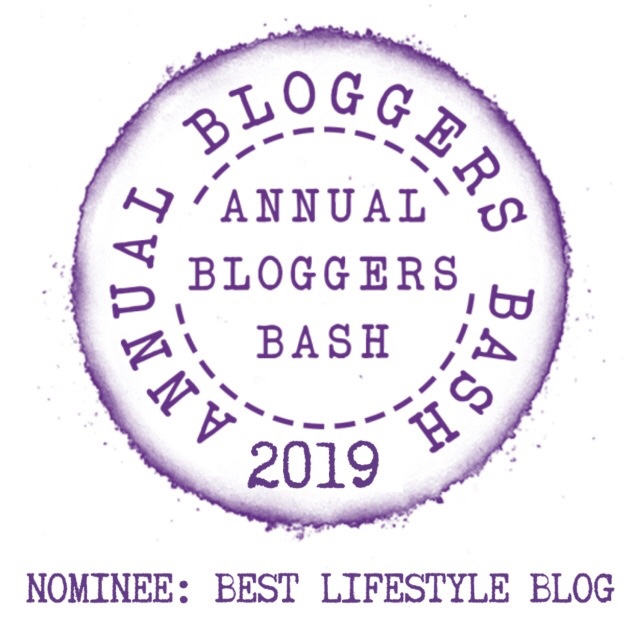